Melvin James Hurst is currently the Director of Music and Organist for Humbercrest United Church, Toronto, where he conducts a semi-professional choir. Along with the regular liturgical music, the choir presents larger choral works with orchestra, approximately three times a year.

Mr. Hurst holds an ARCT (Piano) from the RCM, Toronto, a Bachelor of Education (Distinction) from the University of Saskatchewan, and a Master of Music Degree in Choral Literature from the University of Oregon. He studied piano with Lyell Gustin in Saskatoon, and attended the International Centre for Music Education in Germany where he had the good fortune to study with Helmut Rilling, a scholar in the music of J. S. Bach.

For many years Mel was a Music Specialist with the Peel Board of Education, giving workshops for teachers in the area of music literacy, recorders, choral techniques and developing curriculum. In his final position at Nahani Way Public School he developed a music literacy program. They were the first public school in Ontario to use English Handbells.

Prior to his current position, Mr. Hurst was Director of Music and Organist at Kingsway Baptist Church, Toronto, for twenty-three years. During this time, along with his colleagues in neighbouring churches, he Coordinated the Out of the Cold Concerts for the Kingsway BIA to benefit the homeless.

His role of Music Supervisor for a School Board in Saskatchewan helped prepare him for teaching at the university level. As an Assistant Professor of Music Education at the University of Saskatchewan and Queen’s University, Kingston, he taught, coached and evaluated student teachers.

Mr. Hurst accompanies and coaches singers who are auditioning and performing in oratorio, opera and music theatre. He is highly regarded for his keen sense of pedagogy and wide knowledge of repertoire. His piano, organ and theory students consistently receive high marks in festivals and examinations.

Mr. Hurst has been adjudicating Music Festivals across Canada for many years, including Provincial Festivals in Ontario, Saskatchewan and British Columbia. He was invited to adjudicate the National Festival of Trinidad and Tobago……twice, both in February!.

Mr. Hurst has served on The Executive of the Canadian Music Festival Adjudicator’s Association in various capacities. He was the National President for five years.

He is Past Chair of the Board, and a Program Advisor, for Prologue to the Performing Arts, an agency that provides cultural and educational programs for the Ontario school system.

Mr. Hurst is the Coordinator and a member of the jury for the Barwell Scholarship, offered by the Royal Canadian College of Organists, Toronto Centre.

He is Past President of the Southern Ontario Chapter of the Hymn Society in the United States and Canada. His legacy is the crafting and the presentation of exciting Hymn Festivals with Brass Ensembles and outstanding commentators.

Mr. Hurst is a longtime member of the American Choral Directors Association.

Mr. Hurst resides in Toronto with his wife, Wendy. They have three adult children and five grandchildren.

I have known Melvin Hurst for many years as we both served on the Executive of the Canadian Music Festival Adjudicators Association (CMFAA) including the five years he was the National President.

Mel has wonderful leadership qualities:
He is full of ideas and knows how to put them into action. While holding strong opinions, he listens to input from others and is flexible in incorporating suggestions. He was particularly effective when handling sensitive or controversial matters. He showed much prudence in financial discussions..

I have every confidence that he is the kind of person whom one can trust implicitly and without reservation.

Mel Hurst has served as the Chair of the Board of Directors of Prologue to the Performing Arts for the last six years; having initially joined the Board in 2007. Over this period, Mel has demonstrated great leadership in developing an experienced, engaged and diverse Board. In addition to his Board duties, Mel has served for almost two decades on Prologue’s Program Committee, where he has helped to shape an artist roster distinguished for its artistic excellence and cultural relevance.

Mel’s strong commitment to ensuring the success of Prologue is evident in a range of projects and initiatives he has been involved with. He was a leading proponent in the establishment of the Arts Champion Award; which recognizes educators across Ontario for their commitment to arts education. His work in organizing the 50th Anniversary of Prologue celebrations helped us in honouring the outstanding contributions of hundreds of artists who have worked with our organization since 1966.

Long championing access to the performing arts for students in communities of all sizes and in all regions of Ontario, Mel has advocated for expansion of initiatives such as the Possibility Program – a program which subsidizes the cost of performances in underserved communities. At the same time, he strongly believes the importance of supporting artists in their creative development. His diligent work on the Paula Awards Committee has enabled many Prologue artists to gain support for new projects that went on to inspire and empower young people.

Simply put, Mel has played an integral role in making Prologue the arts education leader that it is today.

Mel was the brilliant Co-ordinator of the wonderful Out of the Cold Concerts for ten years! He brought five choirs together to create innovative concerts that raised nearly $100,000.00 for charity during that time. The Kingsway BIA  had total confidence in his judgement and were happy to support the endeavour. His attitude created much goodwill throughout the community.

Melvin J Hurst is polished and professional, thoughtful and skilled in drawing the very best from people he works with.  As a former chancel choir member I can attest to Mel’s ability as choir director to produce outstanding sacred music performances from untrained and developing voices.
A true gentleman, Mel demonstrates grace and patience whether he is directing a multi-church choir for a community focused charitable event or instilling love for fine music in the hearts and hands of young piano and organ pupils.
Mel Hurst is a pleasure to know and for music lovers of all ages to work with.

Throughout my studies at University of Toronto Opera, I was fortunate to be employed by Mel Hurst as a Tenor section lead with Humbercrest United Church. Mel is a passionate musician, a diligent administrator, and a dedicated team leader. He has an incredible ability to achieve excellence with his choirs, and extract as much sublime meaning and colour from a work of music as is possible. I learned a lot from my time with Mel Hurst, and I cherish the experiences and friendship.

The executive of the Midwestern Ontario Rotary Music Festival was very happy with Melvin Hurst’s adjudication in the 2018 festival where he adjudicated the vocal, music theatre, choral, and pipe organ classes. He returned in 2019 to adjudicate the Junior piano classes. Again, he was very helpful with his pedagogical knowledge. His interesting and encouraging comments to the students, teachers and parents was very educational and done with a sense of humour.

Mel Hurst holds a special place in the Pickering Rotary Music Festival annals. He adjudicated for us a number of times in Choral Music, teaching new techniques skilfully and engagingly to many young Ajax-Pickering choristers. However, he is especially known as the godfather of our Speech Arts, as he wrote that part of our Syllabus and gave us a credible program. He helped us attract excellent students and teachers from Toronto schools, and even some older public speakers from Durham Region. As an adjudicator, he is a leader of leaders.

Mr. Hurst adjudicated the entire piano session including duets and trios at our Music Festival in 2015. He has a strong sense of pedagogy which made his remarks very helpful to and appreciated by performers and teachers alike. He was highly professional, very encouraging and spoke well at the appropriate level to each individual student. It was a pleasure to have him as part of our Festival.

I sang for Melvin Hurst as a Bass lead and soloist in his Humbercrest United Church Choir for three years. It was a pleasure to do so for a wealth of reasons, including great opportunities to sing solos handpicked for my voice type. It is not easy to find well suited music for a Bass singer and Mel navigated this territory easily and with texts that not only matched the ongoing services, but also spoke to me artistically and spiritually. Rehearsals for the choir were always full of positive energy and Mel certainly gets the best out of his team using minimal coercion. Certainly, he is one of the kindest and most patient coaches to work with; always striving for his singers to be comfortable in the repertoire and to feel free to bring their own artistry. I will certainly miss regular rehearsals at Humbercrest where we always sang relevant music with excellent phrasing and astonishing beauty of tone-curated by a great mentor and friend, Melvin Hurst.

From my first interaction with Mel Hurst, some thirty years ago, I have grown to appreciate his dedication to the pursuits of young artists, of which I was one. Over a number of summers in my budding career as a singer, Mel invited me to lead in worship. I have always appreciated his support and interest in my career. Move forward many years, and as I complete my term as President of the RCCO – Toronto Centre, I once again acknowledge his life’s work in support of young performers. For over 25 years, Mel’s careful planning and thoughtful communication in organizing the Barwell Scholarships (given to young pianists who wish to pursue organ studies), has demonstrated this life-long devotion of time and energy to bettering the lives of young artists. Thank you, Mel! 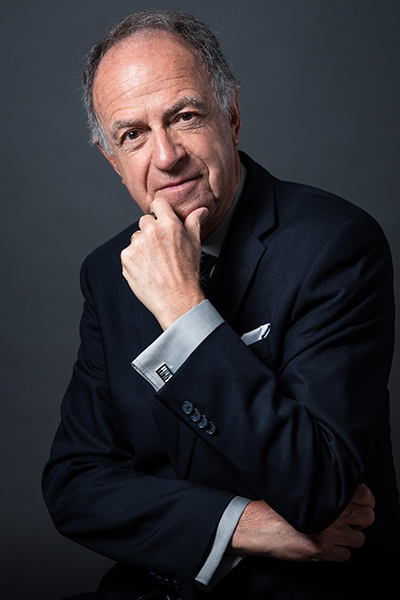